Did you know that there are over 1.5 million species of fungi on earth?

Believe it or not, this accounts for about 25% of the earth’s biomass. That's truly mind-blowing, and makes you wonder what all this fungus is up too. Either way, it makes it pretty easy to understand how the fifth kingdom (fungi) plays such an incredibly important role in our world.

The main role of fungi is to help transform dead organic matter into nutrients that benefit both plants and animals.

In fact, without mushrooms, the world would be nothing but heaps of dead trees and animals! Not the kind of place I want to be.

Most people can understand how mushrooms can benefit out planet... but can mushrooms actually do anything for our health?

The answer is a definite yes.

Actually, using mushrooms as medicine is not a new concept at all. In fact, specific mushrooms have been used as medicine for over 5000 years!

But not all mushrooms have the same beneficial effects. Of the 700 species of mushrooms eaten as food, only a fraction have properties proven to significantly increase health and well-being, and only a dozen or so of those species have been seriously researched for their benefits.

More and more everyday, people all over North America are learning about the amazing potential of these functional mushrooms.

To begin to understand how mushrooms can benefit humans, we must first acknowledge the substances contained in mushroom fruiting bodies that are responsible for the medicinal properties.

The common thread between all functional mushrooms is the occurrence of complex carbohydrates, or more specifically, polysaccharides. Not all polysaccharides are equally important, and the ones to pay attention to are the beta-d glucans ( beta (1,3) and beta (1,6)).

The cool thing is that these beta-glucans can actually be measured, and can act as a marker for what makes a quality mushroom supplement.

THE IMMUNE SYSTEM AS A FOUNDATION FOR HEALTH

Every single day we're unknowingly encountering billions of microbes, bacteria, viruses, parasites and toxins. The world is a messy place! If we didn't have systems in to protect our bodies from invaders, we wouldn't last a day.

Luckily however, we're born with an already fully intact natural immune response- ready to kick those germs to the curb. But the effectiveness of this system changes throughout our lives. It's strongest in our early teens, and gradually starts to dwindle as we get older.

By the time we get into our mid 30’s, our immune system doesn’t work as well as it once did. We need to start taking better care of ourselves to fend off disease.

This gets worse as we continue to age past 50, when our immune system function really starts to decline.

But besides the body’s natural decline in immune system function over the years, other detrimental issues with this system can arise. These issues crop up when the immune system is either overactive, or underactive.

An underactive immune system means you aren't protected from invading disease, and your body becomes susceptible to infections, viruses, and other illnesses.

An overactive immune system is just as bad, causing things like allergies and other auto-immune conditions.

Both of these things are bad.

So, is there anything that can support our immune system through every stage of life?

Mushrooms, with their high concentrations of fungal beta-glucan, have the amazing ability to stimulate the immune response- giving a powerful boost to the functions of the body that are already in place for preventing and fighting disease. They act as immunoregulators.

This means that they have the power to either reduce or activate the immune system, depending on the needs of the body.

Basically, mushrooms can help our bodies achieve optimal immune function, which is the basis for all health. 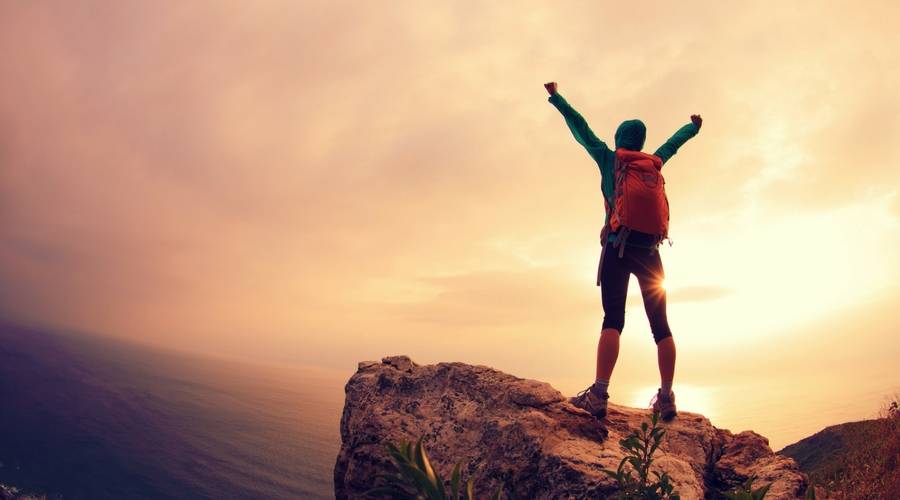 These immune-stimulating polysaccharides have no toxic effect on our bodies and have been shown to be clinically safe. They do all this while helping us to adapt to a range of environmental and biological stressors.

Since each mushroom produces its own different beta-glucan, they all have a slightly different effect on the immune system.

Some mushrooms stimulate the production of T-cells where others have almost no impact on T-cells, but stimulate natural killer cells.

But, overall, we know that beta-glucans have a positive immune-enhancing effect on the body.

In addition to immune benefits, beta-glucans have demonstrated their ability to play other positive roles in the body. Things like improving energy and stamina, reducing inflammation, improving cognitive function and stimulating nerve growth, and much, much more.

Each functional mushroom has unique powers, and is, in a way, a superhero.

As mushrooms are becoming increasingly adopted into western society and more information arises regarding their effectiveness in treating disease, we can see just how big of an impact they have in improving our overall health and wellbeing.

And trust me... the mushroom revolution is just beginning! 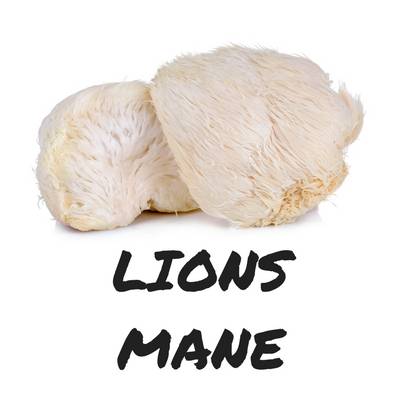 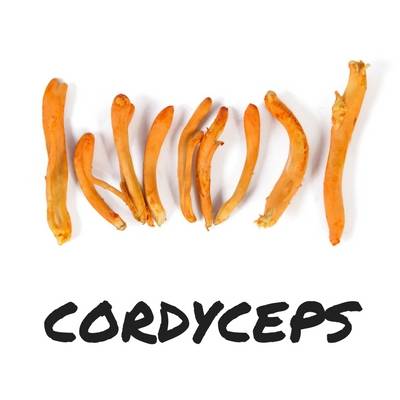 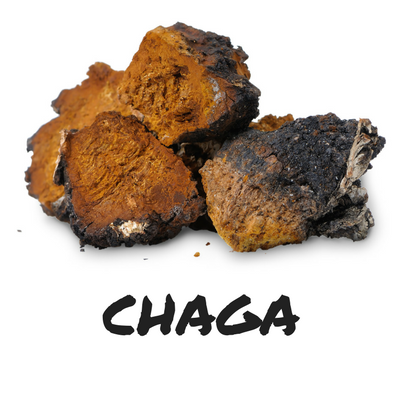 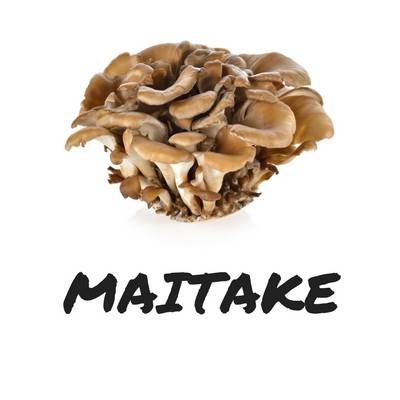 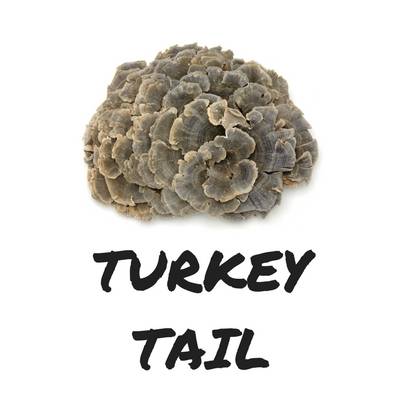 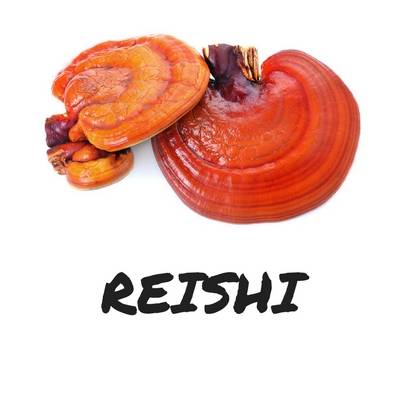 GET SOME MUSHROOMS IN YOUR LIFE

Want to try all 6 of these incredible mushrooms in a single blend? Give THRIVE 6 a try! 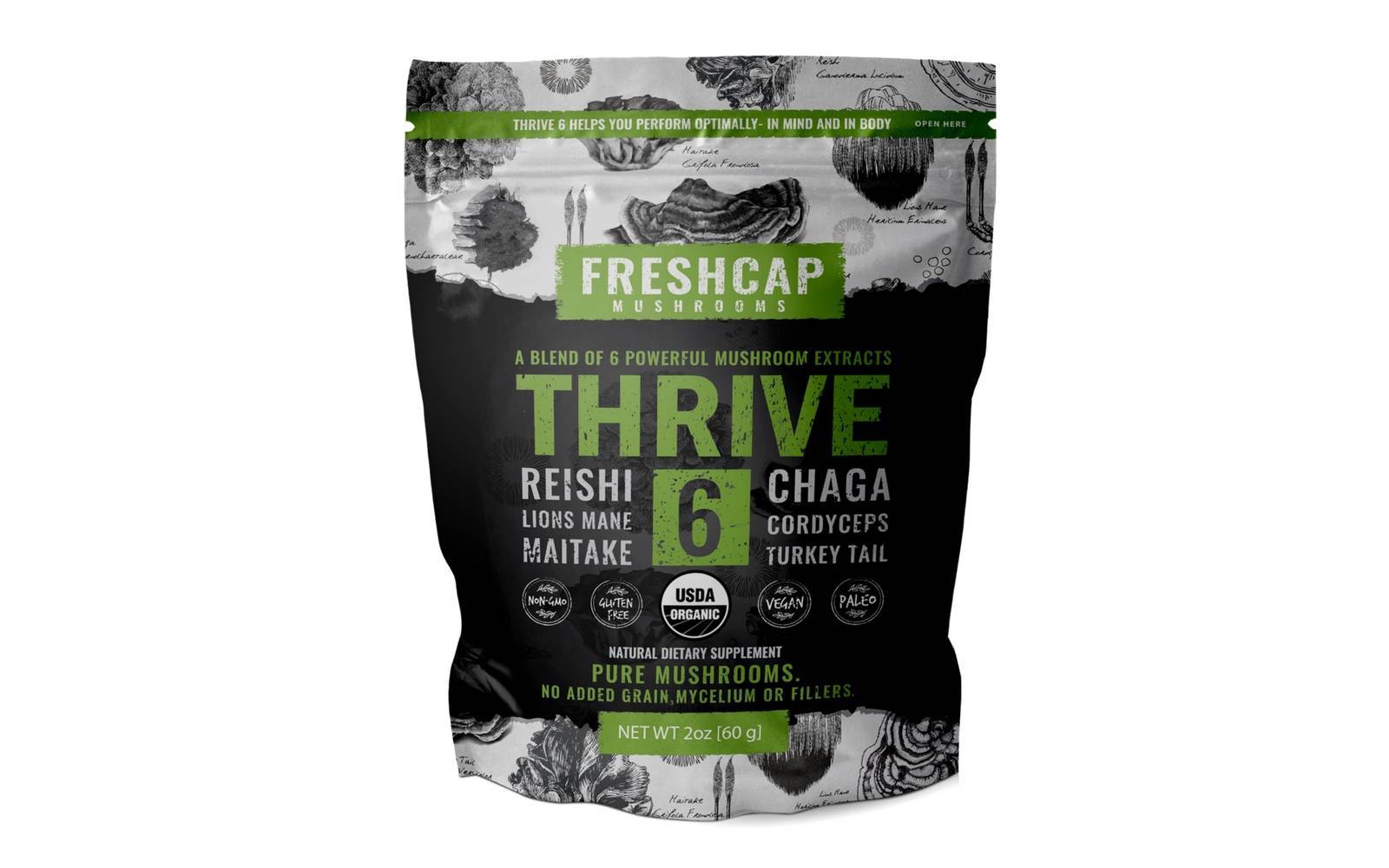